Bitcoin is one of the digital money that was found to become prevalent in January 2009 and occurred after the housing market crash. The real identity of the organization or a person who created the idea of Bitcoin is still unknown. The difference between other online payment methods and Bitcoin is that the transaction charge is very low and is not operated by a government authority but by a decentralized authority. Bitcoin becomes a new form of currency that involves trustless payments on the web, requiring less amount and no trust between the buyer and seller, making the users confirm transactions and messages using a tool called public-key encryption.

A type of Cryptocurrency means a method of digital or virtual currency that is Secured by Cryptography. Most of the Cryptocurrencies are the decentralized network that works based on blockchain technology. The blockchain technology can be called as a distributed ledger made by a different system of computers. And these are not legally issued by the government authority.

Bitcoin tokens are stored using both public as well as private keys. Keys represent long strings of numbers and letters connected through the mathematical encryption algorithm used to create them. This public key acts as the link or address using which the users around the world can send and buy Bitcoins. The users do not have to disclose the identities to any third party. That is, the exchange of Bitcoins involves pseudonymity. 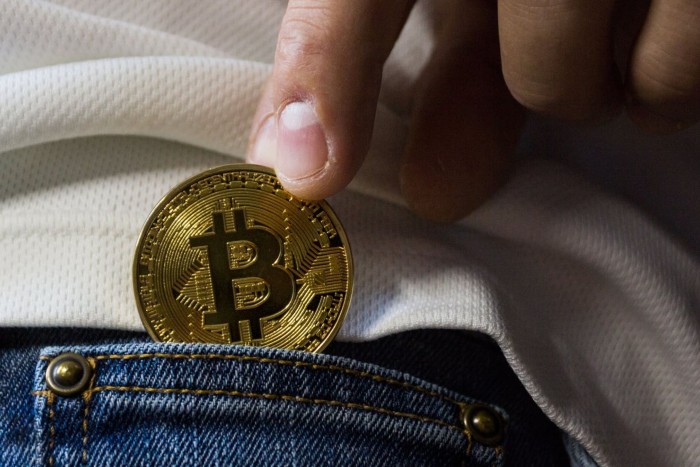 The working of Bitcoins

Bitcoin is a digital form of money or currency that employs peer–to–peer technology to do instant transactions or payments. Peer–to–peer technology is the method of the transacts of data, payments, or other information without a central authority’s involvement. It involves interaction between people or groups, often used in currency sharing and computer networking.

An individual or group with the computing power and takes part in the Bitcoin network comprises miners or nodes. These miners that can process the transactions will get some rewards and transaction fees paid in Bitcoins. These miners are the decentralized authority that can book keeps the credibility of Bitcoins. The system involves releasing new Bitcoins to these miners at a fixed, but periodically declining rate, which is the main difference between centralized banking systems and the Bitcoin system. In a centralized banking system, the currency is released based on the rate matching the growth of good, to adjust and balance the price stability. In the Bitcoin process, a decentralized system enables the release rate to be set ahead of the time and based on an algorithm.

There is another process called Bitcoin mining and is the process by which the Bitcoins are released into circulation. The process involves the detection of a new block computationally, which is then added to the blockchain.

How can we buy Bitcoin?

Generally, Bitcoins can be bought directly from other people through market places or by exchanges. It can be purchased in different ways from credit cards or debit cards, wire transfer, or hard cash. You can also use other Cryptocurrencies, depending on the place you reside and from whom you want to buy.

The main thing you need to buy a Bitcoin is to start a wallet to store the Bitcoins. You will need the wallet if you are buying online or in cash. The wallet can be an offline or online one, a mobile wallet, or a desktop wallet. The wallet you created will have an address just like your bank account number. This address will show up in a ledger and is shared with others to make the transactions. The address will consist of 26 to 35 characters with alphabets and numbers, and every character in the address is very important. The thing to be noted while creating the wallet is, do not lose the password or the code. If you not have the password, then you cannot buy Bitcoin. And before every transaction, make sure to cross-check every character.

The value of the Cryptocurrency is not stable. They can go up and down anytime. So do not invest anything more than you could lose. There are mainly two ways to buy Bitcoins:

With cash: If you want to buy Bitcoins using money, then there are many platforms like Local Bitcoins that can help find people near you who can exchange the Bitcoins for cash. Other platforms like Wall of coins, Paxful, Bit Quick, and Liberty X can help you to direct to a bank that will allow the transactions and can also give the list of retail outlets.

There are certain ATMs for Bitcoins that will allow you to get bet coins in exchange for cash. These ATMs function similar to other bank ATMs. You have to give the code and feed in the bills, and the amount of Bitcoin selected will be transferred to the account. There are sites like Coinatmradar that can help you to find Bitcoin ATMs.

Online: For this, you have to start an account at a Cryptocurrency exchange. This exchange will buy the Bitcoins on your behalf. Currently, any exchanges work for the transactions, and new ones are continuously emerging. These different exchanges have different degrees of safety and liquidity. It is vital to identify the best available method through proper data research.

The most popular exchange that functions today in terms of US dollars is Bitfinex. Some others are Coinbase, Bitstamp, etc. After implementing certain regulations like anti-money – laundering and Know – your – client, many of the exchanges will ask for identification documents like photo proof of your ID or address proof for account setup. Most of the exchanges accept cash through bank transfer or credit cards. And some also accept transactions through PayPal. During these transactions, there will be charges which include the fee for using the Bitcoin network.

Depending on the network’s traffic and the fees, the transaction’s processing time can happen from a few minutes to even a few days. After the exchange received the money you transferred, it will buy the corresponding amount of Bitcoin to transfer it to your available online wallet. You can then move the Bitcoins to your offline wallet. Investing in Bitcoin can sometimes be a bit complicated. The investors should have a piece of good knowledge about technical, safety, and security issues related to Bitcoin exchange. Investors need a digital wallet and have to buy Bitcoins using credit or debit cards, which involve personal information. The user should do research and then invest in Bitcoin.