Cryptocurrency is there digital currency developed using blockchain technology, which can be used as a medium for exchange. Cryptocurrency can be used as a standard currency to buy things. Each unit of crypto coin ownership records and its transactions are stored in a computerized digital ledger with robust encryption mechanisms for security.

It uses distributed ledger technology, which serves as a public financial transaction database. Cryptocurrencies use decentralized control, where programs are used as an intermediary for successful transactions. The cryptocurrency user network consists of a chain of computers that helps cryptocurrency exchanges to prevent fraudulent transactions.

Cryptocurrency is mainly designed to be free money controlled by any government and manipulated by them. As per prnewswire.com, Cryptocurrency is easy to use and has no restrictions like traditional currency. There are hundreds of cryptocurrencies developed and used by people. Some of them are Bitcoin, Ethereum, Litecoin, Ripple, ZCash, chain-link …so on. 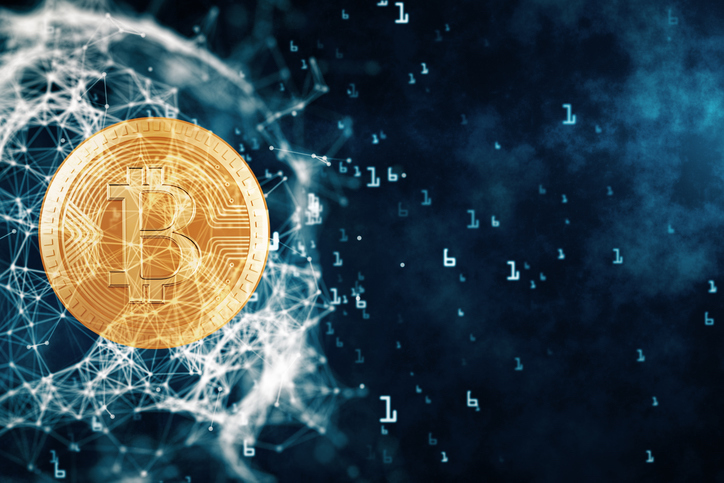 Bitcoin is the first most digital currency developed in 2009, build on a decentralized peer to peer network. It is virtual or digital money that takes the form of tokens of coins. Bitcoin has been spread dramatically in many countries and has become leading cryptocurrency in market capitalization, user base, and popularity.

Bitcoin has given several advantages to its users compared to traditional currency. Bitcoin can be bought or sold throw cryptocurrency exchanges or peer-to-peer, where the Bitcoin ledger is protected against fraud and potential theft.

As the crypto industry is expanding day by day, and many digital currencies are designed. But Bitcoin has been used widely in the world of cryptocurrencies. Altcoins all the currencies modeled after Bitcoin and presented has the modified or improved version of Bitcoin, which are also easier to mine than Bitcoin.

Bitcoin has proved the existence of cryptocurrency in reality. It also has a set of standards and protocols. But with the advancement in technology, a protocol with great functionality has been developed year by year. Protocol for payment provider and smart contract protocols are the protocol with great functionality. Advancement in technology, there are many concepts introduced in cryptocurrencies with solving many problems and challenges.

Protocol for payment provider is one solution serve to institutional payment providers such as money service businesses and banks that use Ripple’s solutions to provide easy global payment.

It significantly increases XRP investment on platforms like PrimeXBT, which can be used as a platform for trading assets with low fees and excellent security for their funds. Smart contracts protocol was introduced in the ethereum platform, which can be used for secured and fraud-proof transactions.

Recently model was developed to use by Weiss Crypto Ratings, which can determine the ranks of crypto having superior technology by using the data point in different categories such as technology, risk investment, adoption, and market momentum. It also includes cryptocurrency potentials for various goals. It contains high transaction speed and things like governance capability, flexibility to upgrade, scaling solutions, decentralization, energy efficiency, etc. In this rating, it showed that many cryptos are having better technology than Bitcoin.

Ethereum is one of the cryptocurrencies which rank second after Bitcoin with the second-largest market capitalization. This can be called the first Bitcoin alternative, which uses a decentralized software platform that enables smart contracts and decentralized applications to build and operate without any third party.

Also, the first one to bring the concept of the smart card into the world. Ethereum is launched in 2015 and become the second cryptocurrency calling Bitcoin, which has built hundreds of decentralized applications that anyone can use at any time.

With the help of decentralized applications built in the ethereum community, one can quickly start using gaming management and insurance. Ethereum runs on its platform of specific cryptographic tokens’ ether’. Ether is like a fuel used to power the network of ethereum, and ether is the native cryptocurrency of that platform. A network cannot be bought or sold, but ether can be sold or purchased. Ethereum uses an open-source blockchain featuring smart Card functionality, which can be used for transactions without a third party.

Smart contracts play the role of intermediaries that Verify and authenticate the transaction. Ethereum protocol is being developed is processing all the time. The ethereum network developers are continually testing the ethereum network with more real applications for its advancement.

Most of the initial coin (ICOs) offerings are run on the ethereum network, and it is also proven to have the best platform for ICOs. The token standards and technologies of the ethereum platform have been defined so that ICOs Cameron easily on ethereum in the most secure way.

Ethereum is another platform that has superior technology to Bitcoin, which uses smart Card protocols. Decentralized applications are the applications built on this blockchain, making it possible to create new digital assets, build a decentralized company, virtual worlds, and unstoppable and uncensorable properties.

Other currencies have developed technology solutions superior to Bitcoin, which can solve different challenges in different sectors like the financial industry. Cryptocurrency Ethereum, Cardano, Stellar, Tezos, and XRP are some which have advance technologies.

Despite being the first cryptocurrency invented, some setbacks and limitations of Bitcoin and the technology used for its development are eliminated or solved during the development of the next cryptocurrencies, which is also the reason for are crypto coins having superior advanced technology than Bitcoin.