Impact of COVID-19 around the world

The COVID-19 created havoc in the entire world from Feb-2020. Something which has not happened till then happened. The entire world came to a standstill overnight, was unbelievable, unimaginable, and unthought-of. Such is the deadly is this virus that it made every person in the world cry. It consumed crore of people, either dead or infected. Many countries were not able to decide whether to save people or to save the country’s economy. Till the major decisions were taken, this virus’s tentacles had already taken crore of people under it.

Even most modern countries like the US, Italy, and the UK had no clue what to do. People were dying like their life had no value at all. The immediate action taken was the ‘lockdown.’ The entire world was under lockdown for almost three major months. Those were the months in which the growth of each country is contributed by travel territory. There was a major hit to the travel industry as the lockdown was, affected. Forget international, and even interstate travel was banned within the countries. Industries closed down, and banks closed down, market, worship places, everything was closed down. The outcome was inevitable. There was an economic drop in all countries. GDP crumbled to negative. Everything became so unsafe that people started feeling that ‘it’s ok the job has gone, at least I am safe and alive.’ 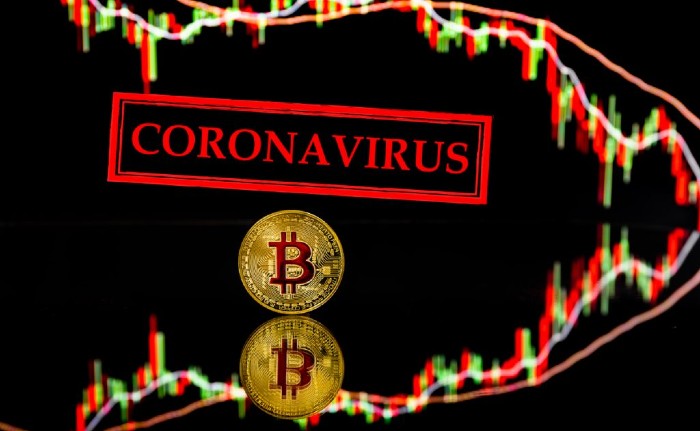 How will life get changed?

COVID-19 pandemic changed all the dynamics of people’s life. It was very harsh and punished all those who did not bother to take care of themselves. Not only had that it took innocents also on its web. Frustration, depression, and helplessness grew to such an extent that it almost formed a layer worldwide. Everyone was now or then, going to be hit by this layer. All this gave a whole new dimension that did never exist and became a biting issue with measuring. With all the works were sitting at home, there was no to tell what will happen to the economy. It crashed to the lowest in all countries.

People who had enough savings carried out through the entire lockdown and then slowly started rework if the job was intact. Many companies helped people to work from home and survived. Companies like manufacturing, where there is no possibility of work from home, suffered and either removed people or reduced their salaries or both to maintain their existence. There was no other way out. We also saw some great examples of humanity among industries or society.

Need for understanding for proper planning

The point of balancing of life with positivity and negativity was seen underlined in bold. Good and bad, evil and god, both played their roles to perfection. One cannot dare to say the pandemic is over, but yes, it is very slowly fading out. Belief is, this is the longest period in one’s life, where a small virus bogs down us all for such a long period. It is proven. What pandemic has taught us is incomparable. Along with the life value, what a person needs to possess is good health, easy access to essential and medical, and, most importantly, the asset in some form that can be converted to money in a crisis.

Before the pandemic was hit, the talks of cryptocurrency establishments were going on around. One, who has gone through an economic crisis during the lockdown period, must now understand that people must have a money balance of at least one year at any given time. There is no guarantee of what will happen when. Pandemic has pushed forward many important innovations. Blockchain and cryptocurrency are among them. They will be an essential part as blockchain is predicted to grow in the economic sector leading other industries.

How blockchain and cryptocurrency can capitalize on the situation?

Blockchain can be utilized in many regulated procedures like food provision, verification of goods, storage of important data, etc. This way, the real-world will have an interaction with the blockchain system.

Another important thing is the possibility of the introduction of blockchain fundamental technology into the existing currency. China and Sweden are two countries that are interested in this model. The pandemic hit many companies badly because they were not having any plan for a situation like this. There will be a boost in new start-ups with well-planned infrastructure. In the worst scenario, preventive action will be there in place. Some may go for cryptocurrency in their planning.

Post-pandemic is not going to go back like earlier, as many people will opt to work from the home-based job posting. There will be more demand for facilities given that more people are going to stay home and work. Also, since people will stay home this year until the end, there will be more demand for online requirements. The cashless transactions are already at its peak during the lockdown. So people may get more attracted to cryptocurrency if the blockchain technology is made simple and helpful for everybody to understand.

What are scopes for blockchain and cryptocurrency in daily life?

There will be a boost in the apps, gaming, music, movie usage, and this is very helpful for the blockchain system as it can put a foot in the mass field. It can have a good working structure with able people to guide it grow. Chances are there that the job vacancies also may get created since the requirement of growth of network will increase. In short, people will try to do everything digitally, which they were earlier doing personally. The seminars, the meetings, the project discussions, the presentations will have to be done online.

Already education, office meetings, interviews have gone digital. The boom in demand for everything in digital is not far away since we have already seen the waves. There is also a possibility in the rise of in-game digital currency usage in which blockchain technology can play a role. People will opt for simple games on smartphones or tablets. This gaming is profitable, considering the size of the online game market. There is a lot of chance for blockchain and cryptocurrency to grab this opportunity and spread its network.

How can a common man be benefitted?

Going through the rough and toughest patch in life, the common man has understood the importance of survival. Survival becomes much easier if one has enough money. There is no doubt about this. The biggest requirement of survival is money; so naturally, people will be more focused on preserving the assets, money in any form, so that when needed the most, it can be utilized. There are many risks in the trading of cryptocurrency, but it’s just because of its limitations—limited mass, limited availability, etc. As the demand will increase the efforts of improving supplies will come into effect.

Though there are no clear signs about what role blockchain technology and cryptocurrency will play in the future, there are chances that mass adoption can be predicted. Given the situation, people will try to find the option of having secured assets, money. Significant improvement in blockchain technology concerning safety will assure people that their money will remain safe, encouraging them to use cryptocurrency in daily usage. If this happens, there will be no stopping to cryptocurrency.