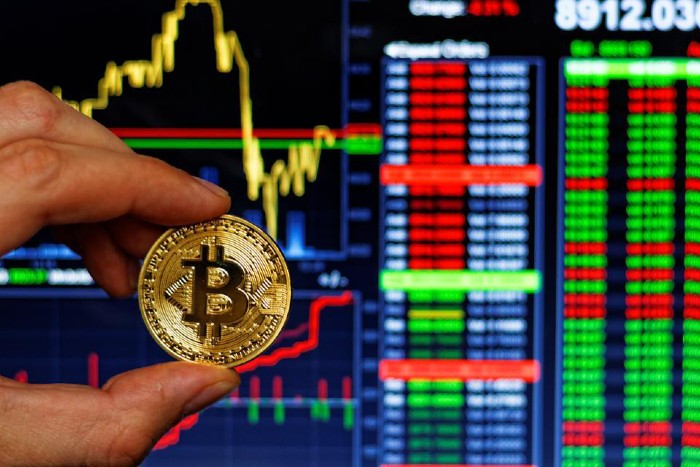 Electronic money will not show any user’s identity using this website, one of the best Cryptocurrency features. The design of this currency is based on a beneficial blockchain technique. Cryptocurrency is not ruled by government authority. The use of the service is private and anonymous to anyone. The currency does not need any value on assets such as material resources for production; however, it is regulated by the computer program and saved on the computer.

Transactions are executed over the Internet, and you will not need any gold or license for making your id. Cryptocurrency is different from other currencies in the world.

One of the great features of Cryptocurrency applications is a design based on cryptography, known for its secret codes. You can identify the user name or any user information from this application, the secret application with Anonymous identity.

On the Cryptocurrency, there is no charge of the government authority. It is separate and fully independent. The central government can’t interfere in this situation. They also don’t have the permission to look into the personal information of the users.

Issues related to the use of Cryptocurrency

You can’t be sure with your invested money in this application because it is rapid, and it will change suddenly. The change in the market is based on supply and demand. Because of its secretive nature, government authority can’t control any transaction from this device. It does also not pay any revenue to the government. There are no regulations on Cryptocurrency, but some necessary regulations must follow in some countries. There is no restriction on using this application in the world. Many criticisms are present related to the use of Cryptocurrency.

Many acts are placed related to Cryptocurrency in several countries. Some countries ban the use of cryptocurrencies and denied permission for the secretive application with an anonymous feature. Many countries’ governments want the authority to remove this application, leading to the growth in cybercrime. All the costumers of this application are not real. Some of them are scams, and they can steal your money and data from your device.

Approach to cryptocurrencies in Nigeria

Modern technology and all the country’s financial systems are trying to embrace this online system. When the cryptocurrencies are introduced to the people of Nigeria, Nigeria experiences a lot of negative and positive things that is important for the government of Nigeria. Investors in Nigeria invest their money in the Cryptocurrency with the hope of some profit in the future. Bitcoins are one of the popular Cryptocurrency in the world. Bitcoins are shared, and all the investors are investing their money in the Bitcoins. There is no presence of a third person in the Cryptocurrency transaction like the government and the bank.

They also explain various warnings about cybercrimes related to cryptocurrencies like it will spread violence, terrorism, and other activities. They also pass the statements about the transaction of the Bitcoins by the banks in 2017. The Nigerian government also passes the statement for the investors who invest their money in the Bitcoins. They said that it is precarious and banned in Nigeria.

The development of rules and regulations is not easy in any state or country, and the process requires a lot of time and effort. That is why people should value and appreciate their efforts and try not to harm the economy and the development process in any possible way, the only way in which any person can support his/her country at its best,