Ethereum was first proposed in late 2013 and then brought to life in 2014 by Vitalik Buterin, who at the time was the co-founder of Bitcoin Magazine. Ethereum is the do-it-yourself platform for decentralized programs, also known as dapps -decentralized applications. Suppose someone wants to create a decentralized program that no single person could control, not even the person who wrote it.

Simply, just learn the Ethereum programming language called solidity and begin coding. The Ethereum proposal is absolutely decentralized as it has thousands of autonomous computation power running with it. That means, when a program is implied to the Etherium network, these computers (Nodes) then execute it as per instruction coded for them.

Ethereum works as the infrastructure for running Ethereum applications called dapps. It’s not a currency; it’s a platform. Ether is the currency that miner gets from the Eatherum platform. The purpose of Ethereum is to decentralize the centralized authority from the internet. 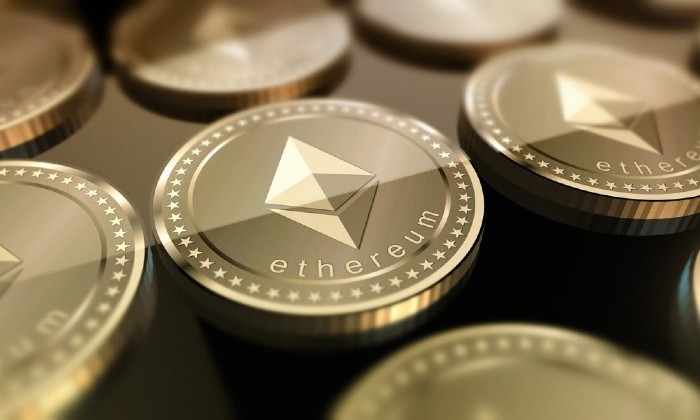 Check David Traum is widely regarded as the earliest pioneer in Cryptocurrency in 1983, while he was a graduate student at Berkeley. He published a research paper that introduced the idea of untraceable digital cash; Traum sometimes called the godfather of anonymous communication because he invented many of the cryptographic protocols that laid the infrastructure for Cryptocurrency.

He believed that privacy was necessary for an open society in the Internet age. Still, government corporations and other faceless organizations couldn’t be counted on to provider; therefore, it was necessary to create and encourage users to use the extensive cryptography and other privacy tools.

The Rise of Cryptocurrency

Though it was founded a decade ago in 2009, many people were not aware of it and still using the old transaction methods for their money management. But in the year of 2017, people started taking Cryptocurrency seriously, and it escalates to the next stage with the continuous price hike. But, the concrete potential of Cryptocurrency is yet to reveal.

As per some experts, predictions Bitcoin will break all trading records in growth and became the most valuable Cryptocurrency in the world. In fact, big investors, online businesses already started considering Cryptocurrencies as a payment for their services.

By doing these businesses will remove the centralized obstacles from various processes. Also, it will make their services cheaper by reducing costs from the end-user. Everything is happening so quickly, even though people are having very little idea about it.

What is Ethereum? What should you know about it?

Etherium is an open blockchain network and software platform, which is distributed publically to build and enables developers to deploy applications to decentralize the authority from the internet. It is the second-largest blockchain technology that featured smart contract systems.

The Cryptocurrency generated by Ethererum secure blockchain computations is called Ether. Blockchain applications work on mathematics coding and cryptography technology; thus, it required a considerable amount of time to mine it. Initially, it was slow, but time has changed because Etherium is making this possible by providing decentralized open-source applications and tools to the developers.

Although Etherium and Bitcoin has some significant technical difference, one important characteristic is that both of them has different purposes and capabilities. Bitcoin offers an electronic cash transaction system which basically enables the online payment options. On the other hand, Etherium focuses so n running code for any decentralized application that’s deployed on its network on the Etherium blockchain.

Ether is one Cryptocurrency that currently fueling the market. It is similar to Bitcoin but used by people to pay for code execution.

The Ethereum coding language “solidity” is being used to write the logic, named as “smart contracts” which runs dapps. Ethereum developers develop the conditions for their program which is also called dapps, lastly, the Ethereum network executes it.

The smart contracts are what make it different from other cryptocurrencies. Ethereum smart contracts handle all aspects such as enforcement, management performance, and payment. So, when a “smart contract“ is implied on the Ethereum network, No one will be able to re-edit or corrected even by its original creator.

What is the Future of Cryptocurrency?

Uncentralized digital Cryptocurrency is expected to be the mode of transaction in the future. So far, Cryptocurrencies (Bitcoin and Ether) are already being accepted by many online shopping merchants. And soon, people will start using it as a remittance. Many investors will start buying Cryptocurrency as a safe investment because it is considered as digital gold.

Bitcoin and other cryptocurrencies will soon replace the ancient fiat currencies, and with smartphone enable facility, more than 50% of the population will move forward to a cashless transaction within a decade.

In the future, the centralized government will likely to adopt the blockchain technology. Right now, the government is maintaining a separate database for digital Cryptocurrencies like Ether and Bitcoin.

But there is a connection between agencies, and they are inter-depended on each other for its processing. When the blockchain is adopted by the government and comes into reality, the spread ledger can be used to manage and enhance the process of transactions.

The Cryptocurrency will be the future approach of transaction. The blockchain technology will bring the feature of the quickest transaction along with fewer transaction fees and no centralized government involved, which will hardly take a few nanoseconds to transfer from one to another virtual wallet.

In the crypto world, the trending addicts are moving toward the exchanges for digital currencies. With this growth rate, it is expected that in the future, new Cryptocurrencies will come into reality.

The price of cryptocurrencies is increasing rapidly, as seen from 2017 to 2020, but due to the rise in demand and lack of availability, more users will exchange it with different currencies. After bitcoin, Ether will emerge to be the next bitcoin shortly.

Along with it, Ripple, Litecoin, Steller will also start to uprise gradually. As soon the price starts rising, it will leave a great impact on the fiat currency and the ancient trading mode.

Cryptocurrency will have a lot of impact on financial sectors, such as banks and the trading industry.

To reduce complications, the bank will eventually accept the blockchain and Cryptocurrency. Banks will start offering crypto wallets in their branches, and people will be able to open cryptocurrency accounts. They will also launch cryptocurrency debit and credit cards to adapt to the changes.

Bank will allow cryptocurrency transactions within their ATMs as well as provides suitable debit cards to maintain proper functionality. Additionally, the bank will also offer Cryptocurrency loans for appropriate candidates who meet a certain level of criteria.

The second best Blockchain Cryptocurrency (Ethererum) is on the rise. With widespread adoption, the number is increasing rapidly.

As per experts, the cryptocurrency and blockchain technology will take over other currencies for the real version. In simple words: Ethererum is a platform that runs dapps through smart contracts to principally connect to thousands of users with their computing system that algorithmically executes specific tasks as per conditions.