Colombian police officials released a statement warning the social media users against the false claims of a scam website.

The website claimed that the official announcement of a Bitcoin-related firm was supported by the President of Colombia, Ivan Duque.

According to a statement attributed to the Columbian Cybernetic Police, the website was running a campaign to promote a Bitcoin investment prospect with claims that Ivan Duque said it would provide help for the economy ravaged by the coronavirus pandemic. 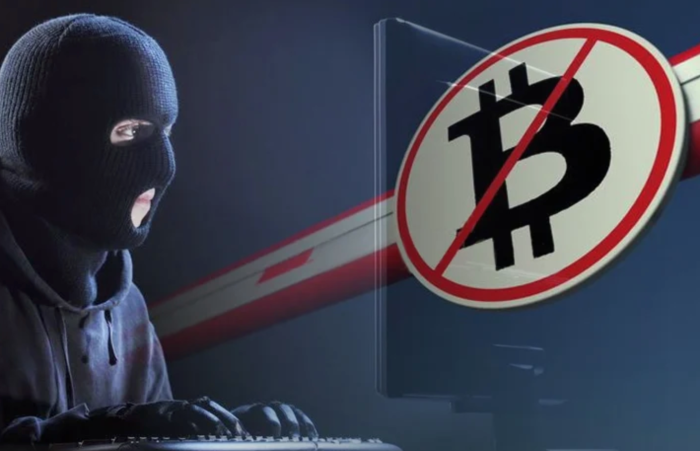 Posts by the website further claim that the Colombian President appended his signature to “the biggest deal of the century” as a way to usher in the platform called Bitcoin Era. It further claims that the President is of the view that Bitcoin investments could provide Colombian citizens with a new way to generate income by way of cryptocurrencies.

One of the other featured testimonials on the website is an interview with Diego Garcia, CEO, Bitcoin Era, who clarifies how the system should work. However, after a quick analysis, one can observe several hints of a scam.

First, it is quite easy to see that the interview with Garcia has been copy-pasted directly from a similar post one year ago apparently made by yet another CEO. The site the speech is copied from is known as Crypto Genius is a well-known scam site.

Another hint of the scam is the fact that the photo used on the site’s post is that of the voice actor and YouTuber, Pete Accetturo. Pete claims no knowledge of the site and has no affiliation to Bitcoin era.

The fraud also involves fake reviews added by apparent users trying out the fake system. Jose Ruiz, whose picture was used as a fake user, is, in fact, Adan Cortez, a student from Mexico, who shot to fame by infiltrating the Nobel Peace Prize ceremony in support of Malala Yousafzai, an Afghan activist.

Similar scams have been popping up in several other countries in the world. Recently, Ryan Clark-Neal, former star on X-Factor  and British TV presenter, alerted his fans and followers to a fake Bitcoin success interview.

On the 18th of April, the star refuted the claims that he had made a fortune from Bitcoin. He tweeted that a false interview was making rounds on the internet on a site impersonating the Daily Mirror, a United Kingdom Publication.

Other celebrities and famous people who have been used by these scammers include Hugh Jackman, Martin Lewis and Gordon Ramsey, who lodged legal proceedings against Facebook in 2018. The legal complaints stated that Facebook had allowed the spread of false information using their names and identities for Bitcoin scams.

Bitcoin and other cryptocurrency scams are a growing concern for the snowballing industry. These cryptocurrencies are often designed to be open alternatives to present traditional system without tons of bureaucracy. This freedom that cryptocurrencies possess creates large loopholes for fraudsters to abuse.

Unlike the traditional financial system, victims of cryptocurrency scams are unable to seek legal remedy and justice. There are no insurance policies and no customer support helplines.

These cryptocurrency scams come in many forms with some including Ponzi schemes designed to benefit a few people at the detriment of many others. The majority of these scams are cloud mining scams that promise huge false returns from centralized mining operations. Other scams are phishing scams which are intended to steal an individuals’ information so as to rob them of their cryptocurrency.

Though cryptocurrencies are new, the tricks used by scammers may be considered classics. A good example is the spontaneous phone calls or emails from strangers claiming to be the IRS. These strangers will con you into believing that you owe the IRS and you’ll be in heaps of trouble if you don’t pay them using Bitcoin as quickly as possible.

Another classic tactic used is the “Nigerian Prince” scam which seems to have crossed over into cryptocurrency. The public should be wary of strangers, promising them a cut if they help them get a fortune out of the country.

According to the Finder.com website, in April 2018, IFan ICOs  and Pincoin, owned by the same company based in Vietnam, cheated approximately 30,000 people out of a collective 660 million dollars. IFan was heralded as the next big platform for celebrities on the social media, and Pincoin assured investors monthly returns of 40%. They were later revealed to be MLM scams.

Another widely known case is the shutdown of the Bitcoin investment lending platform, Bitconnect. According to CoinTelegraph, Bitconnect is said to have ceased its lending and exchange services after allegations surfaced that it was a Ponzi scheme. The company was launched in the early months of 2017 with huge promises of returns above 40% per month. It quickly attracted scrutiny and criticism from the crypto community and was soon investigated by regulators which led to its eventual shut down.

In the month of January 2018, a fake account on twitter, claiming be the cybersecurity expert and crypto aficionado John McAfee’s account, tweeted backing “GVT cryptocurrency” as the “coin of the day.”

This led to people in the digital currency community buying GVT, and in about 4 minutes after the posting of the fake tweet, the unit prices of GVT cryptocurrency shot up to $45 along with doubling of the trading volumes. The bubble burst 15 minutes later after initial buyers ‘dumped’ and ran. The price later stabilized to $30 level again.

Later, it was found that the twitter account was fraudulent and had nothing to do with McAfee. According to Finder.com, it was found to belong to key players in a scam devised and carried out by “The Big Pump Signal”.

Such scams, according to the Coin Telegraph website, are looking to capitalize on the success of cryptocurrencies by taking advantage of naïve consumers looking to make big profits from their investments in the crypto community.