The spread of coronavirus has severely impacted the human lives across the globe as well as the economies worldwide. It has not only taken a toll of some lives but also leads the global economy towards recession. There is no segment left which is not impacted due to the spread of this virus. However, the biggest question is, does it end here or there is some more severity of the same is expected. Well, as per the experts, one must not panic, but yes, a close watch on the situation is much required in every aspect of life as well as the economy.

The coronavirus pandemic has swept the entire world, and the economic impact of this is not yet fully known as it is still ongoing. In this situation, similar to other financial markets, even the crypto industry has suffered a minor setback. While some analysts are saying that this will burst the crypto bubble, others are looking at this as an opportunity to outperform the financial markets in general. In this regard, should the investors panic if they have put in money on cryptocurrencies? Let us analyze this in a detailed manner in this article. 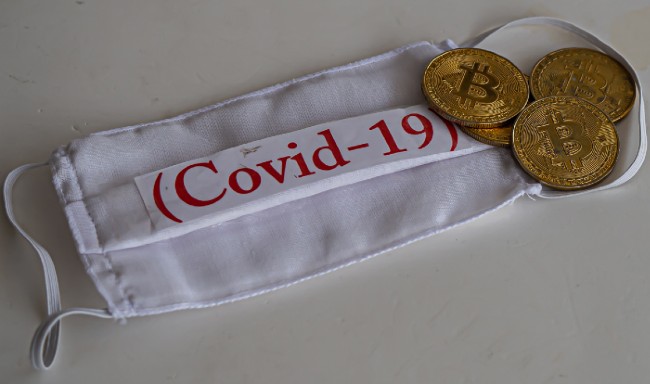 When the virus first came into limelight in the early part of this year, it was just confined to China and most countries did not even bother to check the details about the damage done by the pandemic. However, by the month of March, this had spread to almost every country in the world, and this is when the financial markets began to panic. Lockdown was imposed in many countries, and businesses came to a standstill. As this was a novel virus, nobody had all the answers to how it would behave and how it is spreading in such a rapid manner. Even to this day, there is no sign of a proven vaccine, and scientists are of the opinion that it will only come by the early part of next year.

Considering this situation, it is difficult to assess the damage it can do in the long run. However, when it comes to the financial markets, the damage was clearly visible during the end of March, and the early part of April as markets fell badly. Even the cryptocurrencies fell during this time, and some investors started to exit their positions. This led to panic selling, and some currencies recorded their lowest levels in many years during this period.

Early impact of the pandemic on the crypto industry

The pandemic has caused many businesses to shut down, and even those which are open are running with limited capacity. In this situation, jobless claims became a huge problem, and many people did not have enough money to pay house rent and other expenses. The policymakers had to intervene, and they announced a massive stimulus package to provide some relief to the common public. This was not restricted to just one central bank, and most countries adopted the same method to bail out the economy.

This has devalued the currency badly, and many people are losing hope on the government-backed currency. This can give rise to a situation where people will gain more trust in decentralized currencies that cannot be printed by the central banks. In this way, it does not lose value easily like the fiat currency. Many people also consider cryptocurrencies as a diverse investment option, and this can boost the prospects of cryptocurrencies in the long run.

Re-emergence of cryptocurrencies in the market

As more people sensed that the fiat currency could lose value due to long term inflation problems, cryptocurrencies gained prominence, and it started booming since the month of May. Many currencies have clearly outperformed the financial markets in recent months, and some cryptocurrencies have even gone beyond their previous highs. The trend looks very positive in the near term even though there are signs of selling at higher levels.

Why can cryptocurrency survive this phase?

When it comes to the financial markets at the global level, the biggest investments happen in the fiat currency markets. However, as more and more central banks are resorting to giving large scale stimulus to bail out the economy, the currency is getting devalued. In this regard, many small and big investors are not comfortable with putting all their investment in the regular currency market.

Future of the crypto industry

There is good growth for the crypto industry, as many countries are now opening up towards digital currencies. China is doing this in a big way, and we may get to see the digital Yuan in a matter of a few years from now as the central banks are taking the right steps in this direction. Similarly, many small and large businesses are adapting to cryptocurrencies in a big way and now accepting cryptocurrency payments from consumers. You can even get to use debit cards in the US that will allow you to withdraw cryptocurrencies from the regular ATMs and even use them for making payments at various outlets. Even though the price fluctuations are not giving comfort to some investors, the long term prospects of cryptocurrencies look very attractive.